On July 15th, I finally managed to pick up Prince Edward Island on TV via sporadic E-skip to bring my provincial total up to 9 - leaving just one more to go (British Columbia) to complete all 10.

Due to its small size, PEI has always been a difficult VHF DX target. This isn't the first VHF DX received from PEI. I've previously heard PEI on FM in 2012, and prior to that the VOR air navaid at Charlottetown - YYG on 113.8 MHz - received back on July 22, 1995.

I've been trying to get PEI on TV for a while now, and especially since the US digital transition in 2009. There were 2 lowband targets left in 2009 - both in the community of St. Edward and both analogue : CBCT-1 (CBC) on the now-empty channel 4 and CKCW-TV-2 (CTV) on the still-occupied channel 5 (by local CBLT Toronto). CBCT1 was shutdown by the CBC in 2012, so it was no longer a target. That left just CKCW2, but at least by then channel 5 had been vacated by Toronto. Once CKCW2 shuts down, the only remaining TV stations in PEI will be digital on channels 8, 13 and 42. Channel 8 is not impossible by E-skip or tropo - but not very likely.

What has made CKCW2 so elusive for the past couple of years has been the fact that channel 5, despite being much "emptier", is still occupied by CHRO Pembroke, Ontario. Although it is 218 miles away, it's received 24/7 - at least the audio is. CHRO and CKCW2 are on the same offset (+) and also in the same general direction. The distance to St. Edward is 793 miles.

The morning of July 15th started off with a lowband TV opening into the Southern US. Just after 11 am, an opening to the Maritimes appeared that soon moved up into the FM band. At 12:53 PM EDT, I finally heard some audio on 5+ (81.76 MHz) punch through CHRO. It was an ad for a "Wiggles" tour with stops in Halifax, Saint John, etc. Definitely a Maritimes station. Luckily fellow CTV Atlantic station CJCB channel 4 Sydney, Nova Scotia was also in at the same time, so I could confirm that they were parallel. Finally PEI had been received on TV! Unfortunately the video was never strong enough to punch through CHRO, although it gave a good fight with strong CCI.

Thanks to the Wiggles, an Australian childrens music group, PEI was entered into the TV logbook. 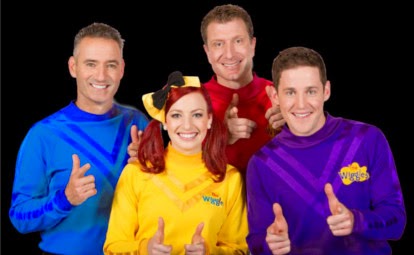 DXing near the North Pole

As my first blog, I thought I'd reissue something that I wrote back in 1997 but is still of interest. It was written in response to Kevin Redding who asked what DXing was like during my time living in Canada's High Arctic (Nunavut, ex-NWT). I originally posted it on the AMFMTVDX forum. Here it is...

At 80°N, Eureka is further north than the most northern Inuit village (Grise Fiord). Unfortunately, I didn't have a proper DX setup; doing a lot of DXing on a "ghetto-blaster" inside a metal-encased building !!! (Compared to other portables, I now find the receiver, a JVC PC-R11C, to be below average on AM).

After AFRS left AM, we were left without a source for new music. With 24-hour sunlight, the AM band was basically dead. Sometimes KBRW-680 Barrow, AK (1,300 miles) would come in, but it was a boring station. The "local" CBC station, 1230 Frobisher Bay (1,200 miles), could not be heard in daylight. We had a satellite dish, but it was only hooked up for TV. Actually, the TV station was 7 miles away at Skull Point where the dish was. Eureka is in the middle of mountains - the south was blocked off. At Skull Point, the south can be seen. The elevation angle of the dish is 0.5 degrees - nearly horizontal! An unlicensed 1-watt transmitter on Channel 9 (still the world's most northern TV station) broadcasts from Skull Point, which we picked up in Eureka using a simple yagi. The satellite channel could be changed from our site by remote control.

Anyways - back to AM. We had no source for music, so KYOI-Shortwave Saipan became "our" station. If you remember, KYOI was a commercial music station on shortwave broadcasting in Japanese & English from a studio in Los Angeles.

In the winter, the AM band went nuts. In the evening, we used to listen to Radio Luxembourg on 1440. Back then it was in English from studios in London. "R-T-L 2-0-8" is still my all-time favourite radio station. It was so lively with excellent DJs. Some evenings they'd play the Top-20 countdown from the UK, some nights the US countdown. It came in loud & clear on 1440 between 8 PM - 11 PM until it faded & CFGO Ottawa took over. Sometimes, Saudi Arabia would come in on 1440 and create a nuisance. Luxembourg wasn't the strongest European signal though, that honour went to 1314 Norway hands down.

So after 11 PM, the Eastern North Americans would take over; then after 2 AM, the Western guys would come in. Meanwhile the Alaskans would be in most of the night. KJNP-1170 North Pole was by far the strongest Alaskan. KICY-850 Nome was always an interesting station. I never did hear Japan though. Novosibirsk did come in on 1026. Occasionally Caribbean stations such as 1580 Antigua came in. Oh yeah, regarding Mexico City, from Resolute Bay I have XEW listed as my only entry on 900!

The graveyard channels were empty, so stations such as CJOK-1230 Fort McMurray, AB (about 2,000 miles) came in loud at times without any QRM, later in the night when Frobisher Bay & Churchill were weaker.

As far as the Europeans go, the part of the band above 1000 was definitely better. Here were the stations heard most often :

Now, the most bizarre AM happening that I had in the Arctic had to be in Hall Beach. I arrived there in Feb. '84. With 24-hr dark, I was expecting lots of AM stations. Would you believe the band was dead! In fact the band was dead all the way through February until I left in July! The ONLY station heard was CFFB-1230 Frobisher Bay. It didn't matter whether I was inside, outside, at the wx station - all AM radios were dead. When I came back in September, the band was going nuts with stations at night! Could this be explained by the "auroral-doughnut" or whatever its properly called? Could Hall Beach be in the centre of it? Auroral displays were rare there, another clue?

No VHF DX was had in Eureka, Resolute or Hall. Hall Beach had 2 FM stations, one was the CBC on 106.1, the other was KMBR on 108.25 (ex-109.05)! It was a feed from KMBR-FM Kansas City. The CBC station is apparently unlicensed. It was the station on which I made my weather broadcasting debut, hi. It may have had the calls CHHB-FM.

So that's a bit of a rundown. I can only imagine what it would have been like if I had laid out a mile-long wire on the tundra and had my NRD-535D with me! Maybe someday I'll volunteer for a tour-of-duty some winter. I still remember those droning depressing "This is Radio Tirana" announcements and the Russian woodpecker sound shooting across the AM band! 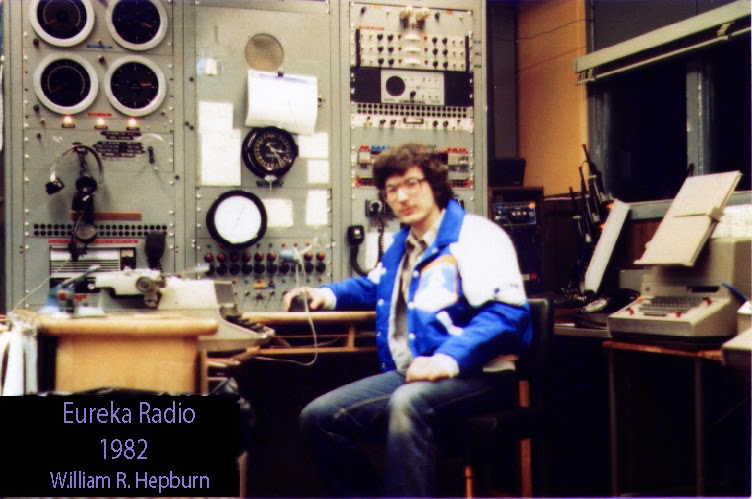 Posted by William Hepburn at 20:54 No comments: